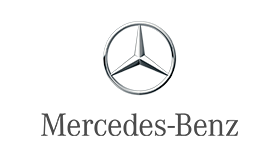 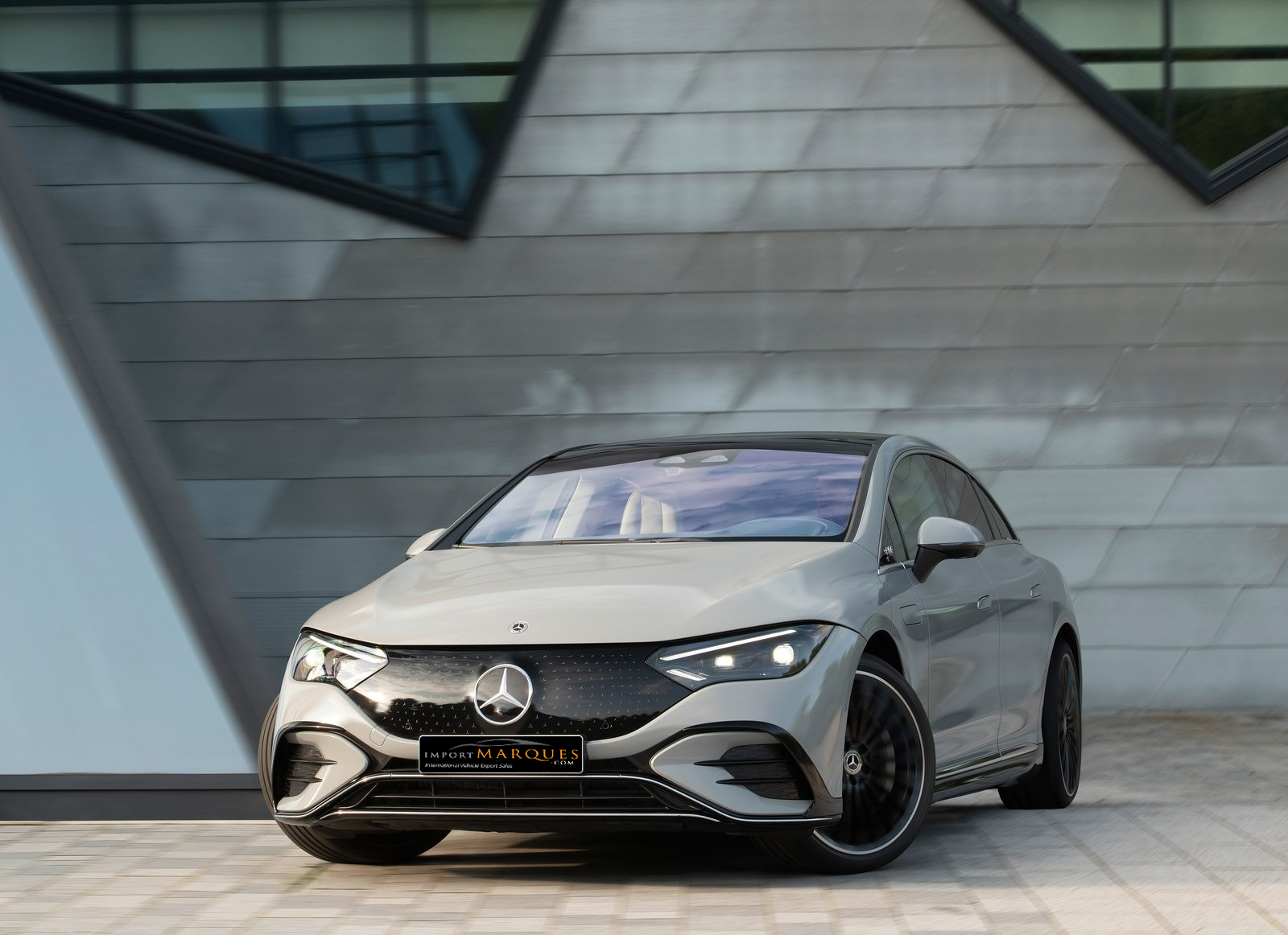 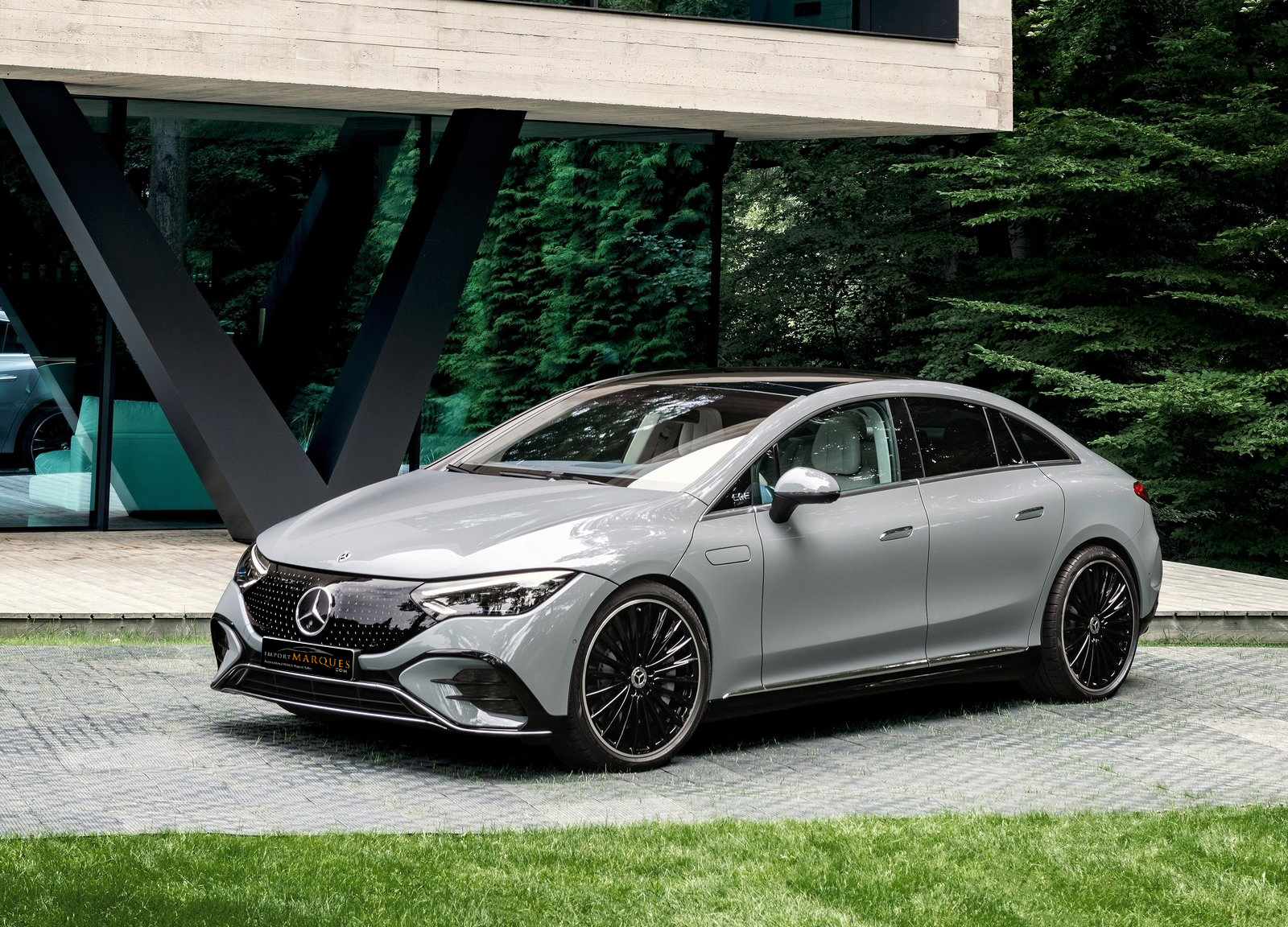 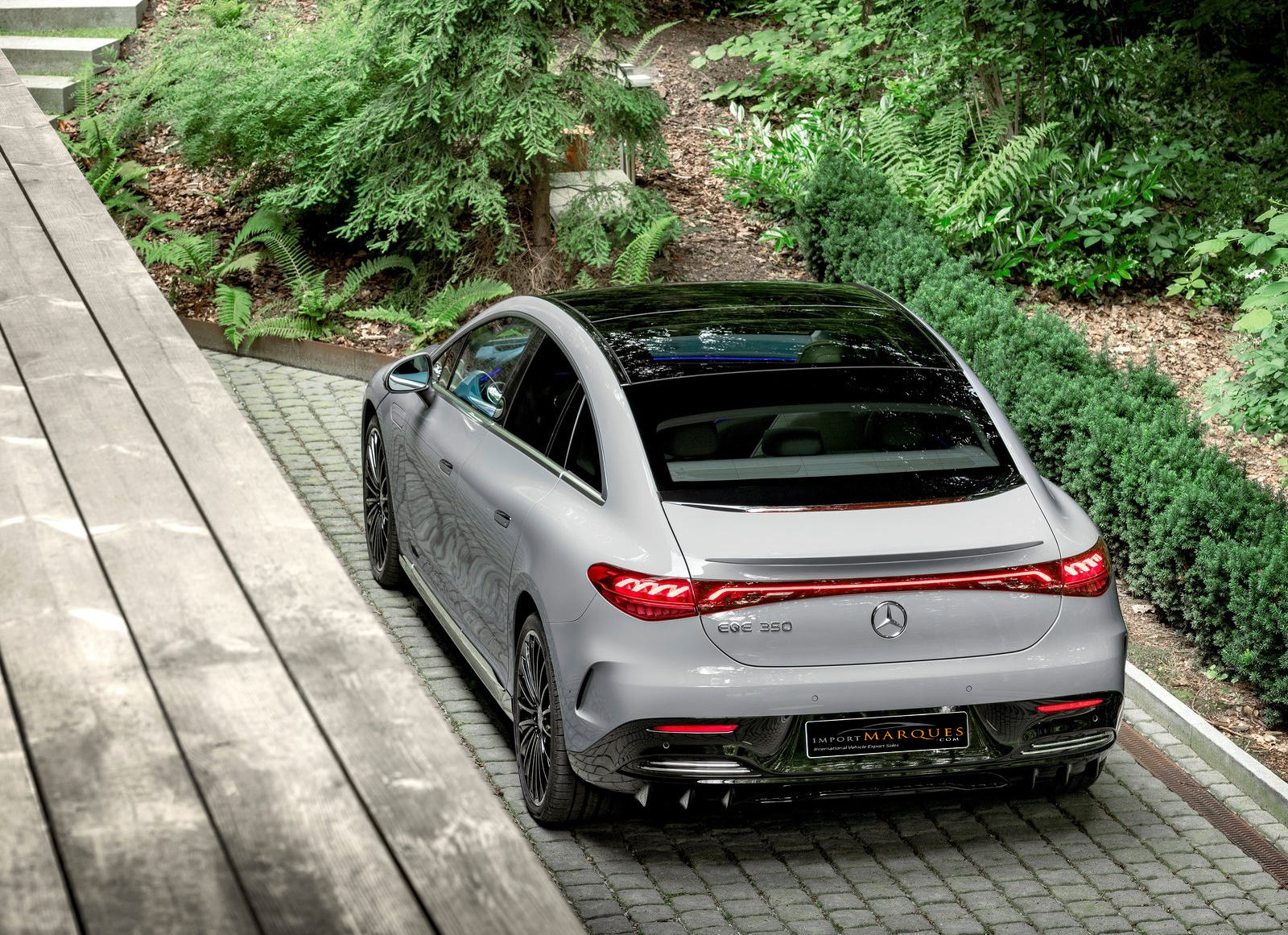 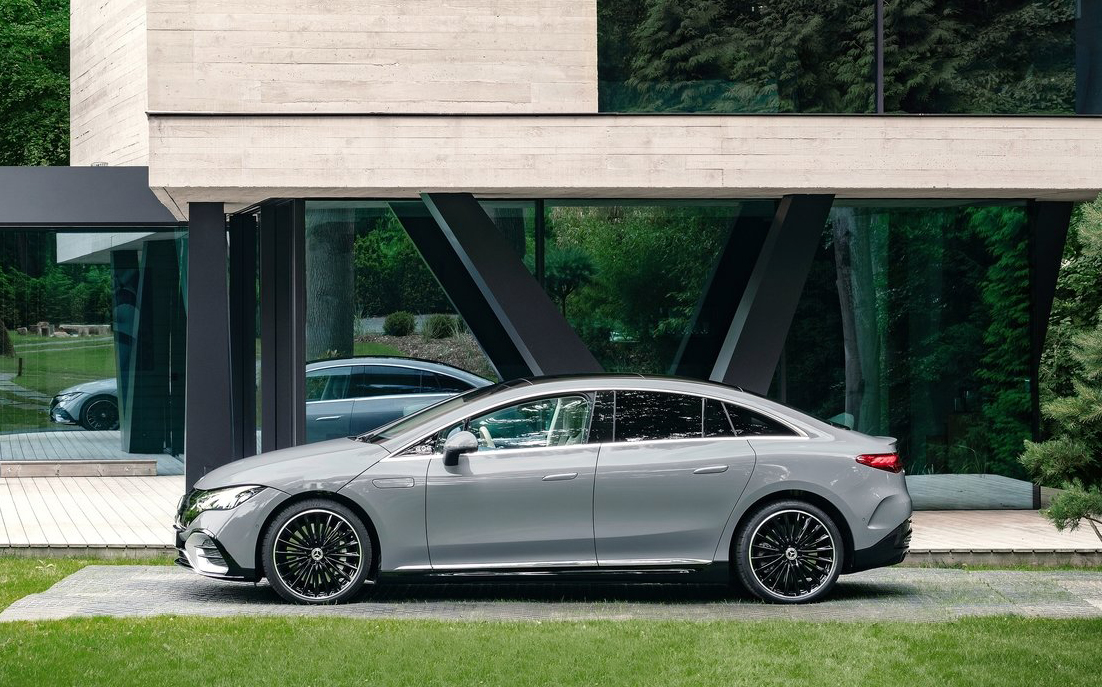 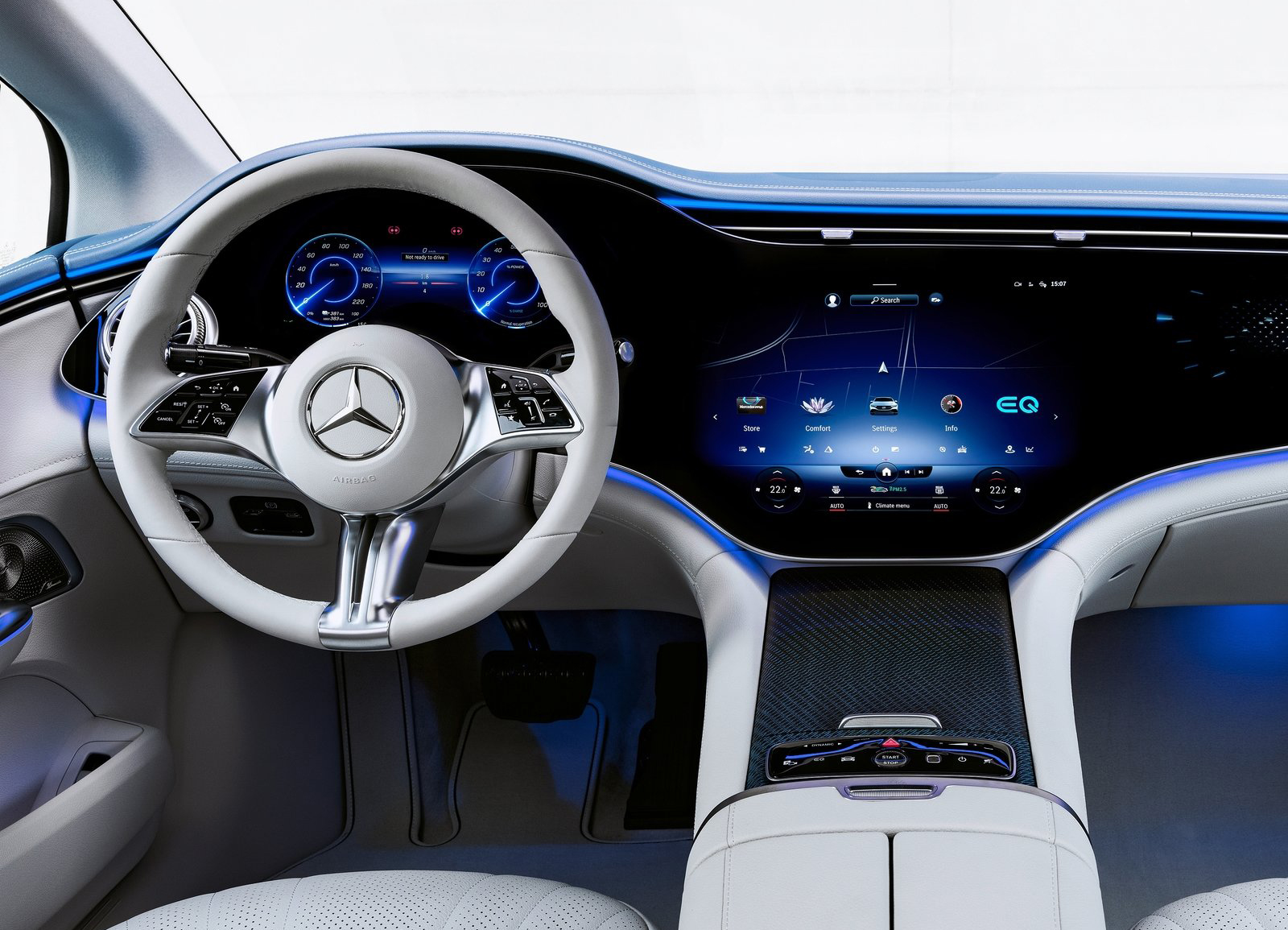 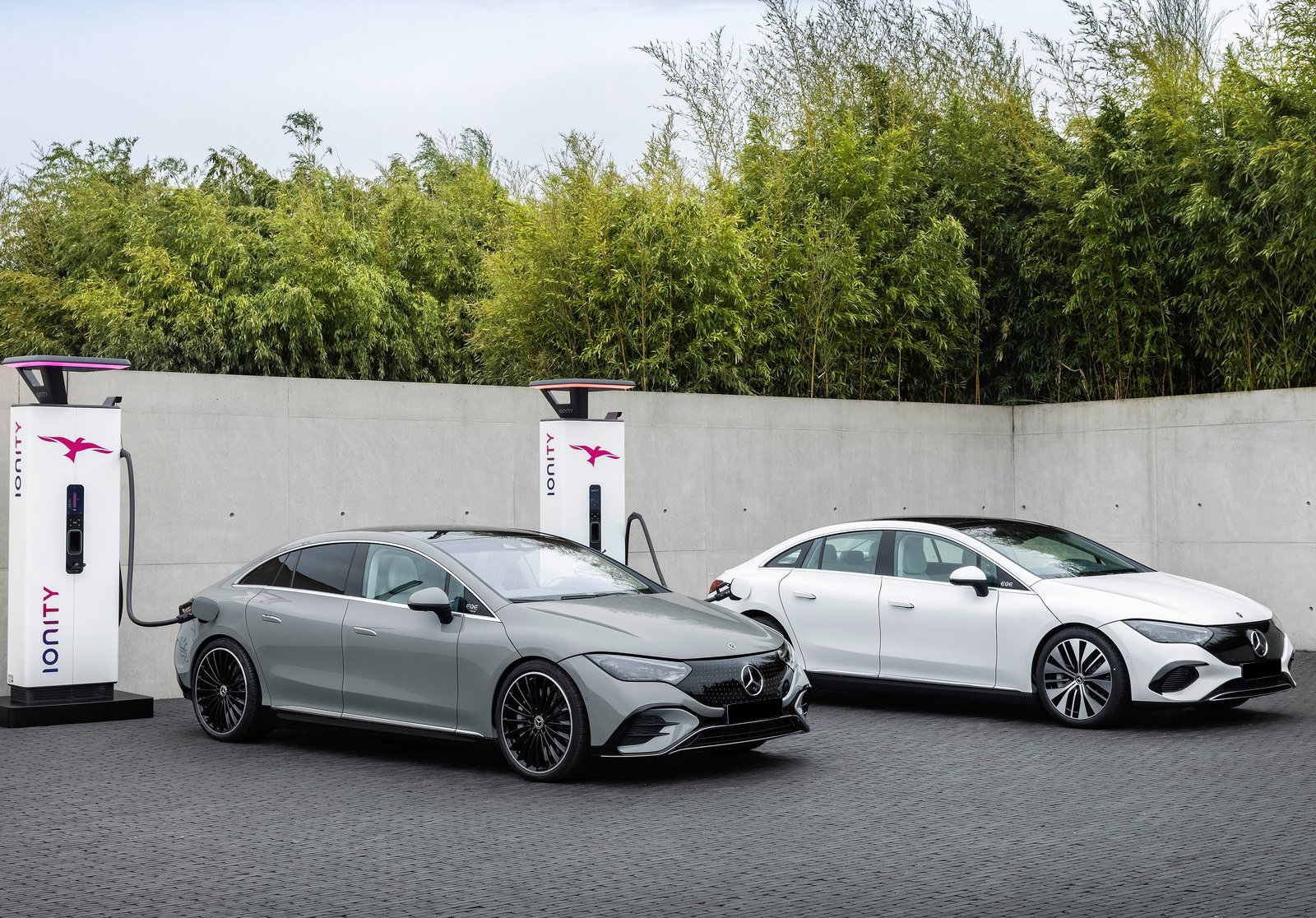 The Mercedes Benz EQE is the newest electric saloon car to join Mercedes' fleet of all-electric vehicles. Announced a few months after the more expensive EQS, customers will be able to reserve their Mercedes Benz EQE import for 2023 delivery.

The EQE is smaller and sportier than the EQE, being closer in size to the current CLS or the E-Class. Despite the difference in size, the EQE packs all of the distinguishing features of the EQS in a more compact form. The wheelbase and the overhangs are shortened, while the sharp rear spoiler accentuates the back of the car.

Like the Mercedes EQS, buyers will be able to opt for the MBUX Hyperscreen as a paid option. The Hyperscreen is comprised of three different displays (driver, central and passenger) that seamlessly join together to form a single screen band that stretched across the dashboard of the car.

The interior design of the EQE shows massive signs of improvement compared to previous EQ models. In addition to the fact that it is completely digitalised (no buttons or switches to worry about thanks to the widescreen), the vehicle comes equipped with standard seats as a standard equipment option. These can, however, be swapped out for sports seats, which perfectly compliment the sportier limousine. Buyers will have a choice of six colour combinations for the interior, as well as three different options for trim parts. The Mercedes EQE import can also be kitted out with a Burmester surround sound system as a paid option.

The EQE will be powered by an electric drivetrain on the rear axle. The first model to be released will be the EQE 350 with 215 kW. It will be equipped with a 90kW battery, meaning that the car will have a range of up to 410 miles (or 660 km). The suspension of the EQE is comparable to that of the S-Class, with four-link front suspension and multilink rear suspension.

Enquire about this car

* required
NOT FOUND THE MERCEDES-BENZ MODEL YOU ARE LOOKING FOR?

If there is a prestige marque that is not listed, please make an enquiry here and we will endeavour to assist you with your intended tax-free purchase.